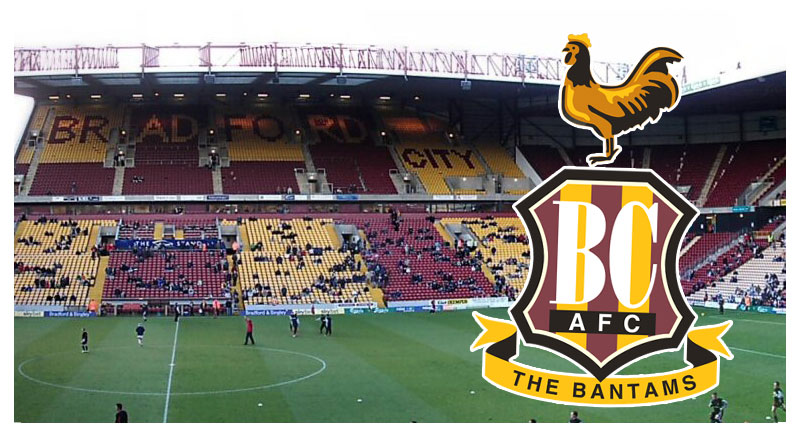 Bradford City were formed in 1903 out of Manningham FC, a rugby league side.

Bradford City Association Football Club were formed, taking over Manningham's colours of claret and amber, and their Valley Parade ground.